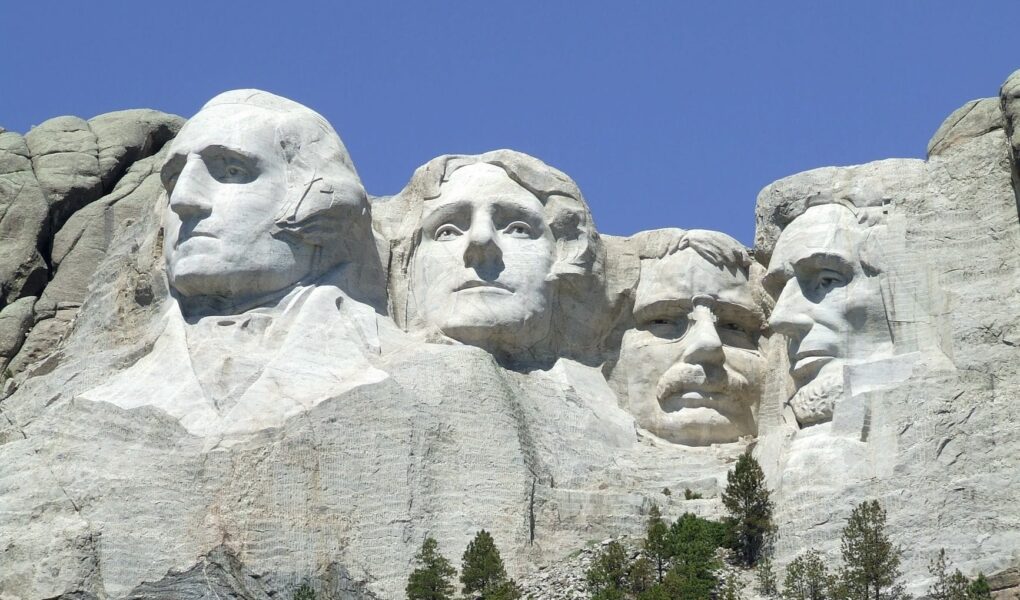 Most of us, if not all, have seen or heard of Mount Rushmore. Four founding fathers carved into stone in South Dakota, meant to represent the birth and glory of America. Over three million visitors go to the landmark each year because they believe it is a symbol of the growth and development of our country. The National Park Service itself declares, “Mount Rushmore has grown in fame as a symbol of America – a symbol of freedom and hope for people from all cultures and backgrounds.”

Ironic, for a memorial with history rooted in racism.

What were the Black Hills of South Dakota supposed to be?

The Black Hills, specifically, were sacred land to the Sioux Native Americans that lived in the area. Mount Rushmore was carved into the land that was promised in perpetuity through the Treaty of 1868. The Black Hills are central to the creation stories of the Lakota, where they have always lived and prayed. I highly encourage you to read the story here; it will give you more perspective on why Rushmore is considered such an offense.

The History Behind Sioux-US Relations

These lands were considered sacred for thousands of years to the Lakota Sioux. What should you know about these commendable native peoples? After shrinking their lands to a fraction of what it was before, the US Government created a treaty that would give the Sioux people a territory including the Black Hills. This didn’t even last ten years – after gold was found, the Sioux were again forced to give up their native lands. At the Battle of Wounded Knee in 1890, hundreds of thousands of unarmed children, women, and men were massacred by the US Army under government orders. For decades after this, acts of violence were carried against the meager amounts of Sioux people left. So, in the brutally honest words of this article, the insult of Mount Rushmore to the Sioux hit three times; it was built on stolen lands, the exact location of sacred land, and the monument itself portrayed the very men that had destroyed the Sioux tribe and ‘appropriated their land.’

The Sculptor of Rushmore

If that wasn’t enough to ignite any fury, remember this; the creator of the mountain designs, Gutzon Borglum, was an alleged member of the Ku Klux Klan. He had been quoted saying, “I would not trust an Indian, off-hand, 9 out of 10, where I would not trust a white man 1 out of 10.” He called the Lakota Sioux, people of deep culture and customs, a “mongrel horde overrunning the Nordic purity of the West.” A lot of talk for a man who was overrunning the native lands of those very people with his designs. He proceeded to lead the effort in dynamiting 450,000 tons off of the sacred Black Hills. This man and his racist ideals will forever be connected to Mount Rushmore.

Why does it matter now?

You may be thinking, this was decades ago. We cannot change the past; what is there to do about it now? Unfortunately, the controversy surrounding Mount Rushmore has not ended. On July 3, President Donald Trump planned to have a rally and speech at the landmark. Peaceful Native American protesters exercising their rights to the first amendment attempted to block the road to the rally – which, as a reminder, was on their land. During this, the National Guard started shooting rubber bullets at the indigenous peoples. They did not have the jurisdiction to be injuring natives on treaty land, but this was overlooked and pushed aside.

So, before you go on that trip to South Dakota, keep this racial injustice and native oppression in your mind.

One thought on “Mount Rushmore: A History That Hasn’t Been Honored”