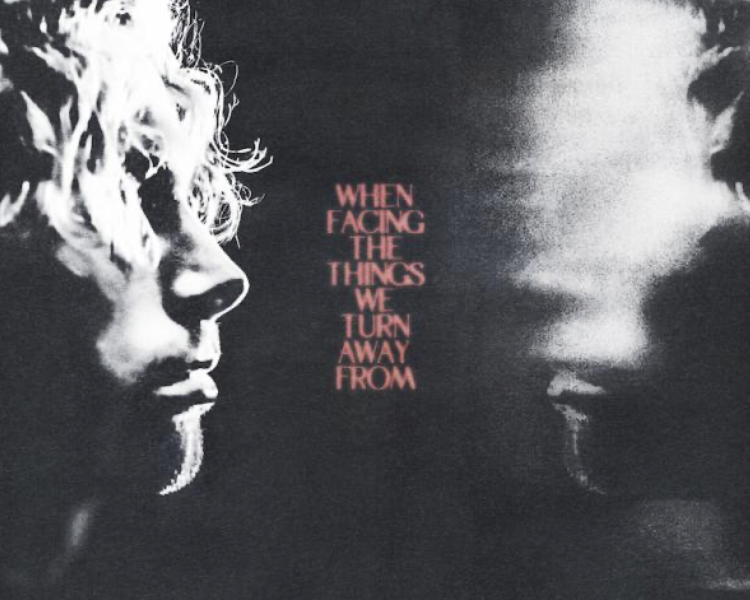 Luke Hemmings, 5 Seconds of Summer frontman, released his debut album on August 13th, 2021. The album was written over quarantine, containing themes of isolation, growing up, and reminiscing on childhood and the person Luke used to be. Overall, I give this album an 8/10 – it was amazing, emotional, powerful, and even vibey at times. I knock off two points because at some points it was hard to tell what exactly he was saying. But I liked every single song on the album, which is rare for me! Here is an in-depth review of each song on the album.

Starting Line was a perfect choice for the lead single of this album. It perfectly encapsulates Luke’s experience as someone who has spent almost a decade in the music industry. The up from the quiet piano beginning to the poppy-drum beats of the first post-chorus and second verse, leading to the soaring bridge is something only a few artists have been able to accomplish. Luke Hemmings is one of them.

“Visceral in doses, hiding in the seams
Standing on the sun and I don’t feel a thing”

“I wake up every morning with the years ticking by
I’m missing all these memories, maybe they were never mine”

This song covers the topic of being a part of the music industry: feeling the memories of the years all blend into one, not knowing what happened when or where the monumental events of a normal person’s life would compare to his own.

Saigon starts off with a fun beat and guitar line. The song is very much a love song, but it’s also a fun summer song to blast with the windows open while you’re driving on the freeway. This was the first time I heard this song, and my head is bopping along while I’m listening. This song also features a nod to the album title, a fun Easter egg. Lyrically this song is not super strong, but it’s certainly very romantic and vibey.

“Oh, let’s pick apart until there’s nothin’ left of us to carry on
Now we’re facin’, the things we turn away from”

This song is definitely super fun, and I’m adding it to my driving playlist!

Motion, like Saigon, starts off with a catchy tune. This song was released earlier as a single, and it’s definitely very upbeat, much like the title of the song suggests. The song itself is about not being able to discern what’s going on around you, living life kind of in a blur. I really like how the lyrics aren’t super discernible, as it ties into this theme of blurriness and discomfort.

“All my desires are made of my arrogance
Took a walk in the neighborhood
Float away, and it’s gone for good”

I really like the production of this song, the instrumentals are amazing as well. Lyrically, this song isn’t amazingly strong, but there are some lyrical gems in it. I don’t know if this is necessarily one of my favorites on the album, but I’ll definitely revisit it.

Place in Me was also released as a single, and it has this beautiful, haunting tune. It definitely has some of my favorite vocals on the album, and I like how the background is stripped so that the vocals really take front stage. This is a really sweet breakup song, with tones of reminiscing and longing. I really like the tunes of the verses and Luke’s vocals on the chorus are strong. It is a little bit slow, but overall, it’s a pretty strong song.

“I’m so apathetic, it’s pathetic
But I need you now”

I really like the rhyme scheme of the above lyrics. The outro of the song has a heavenly, above-Earth quality that I find really peaceful. It’s a great way to end the song.

Baby Blue also starts off with a fun beat and summery tune. It’s a song reminiscing about Luke’s teenage years, when he and his band were just on the cusp of fame. This song encapsulates the feeling of moving on from what you know – something many teenagers know well, even if they’re not being catapulted to fame.

The vocals on this song are very strong, especially on the chorus. This song is definitely emotional, even though it’s upbeat – but it’s also a little bit hopeful. Overall, this isn’t one of the stronger tracks on the album, but I definitely enjoyed it. The reason the rating dropped a little was the muted quality and repetition of the bridge, which I didn’t like very much.

Repeat starts off with a start acoustic guitar and quiet vocals. A lot of this album is about Luke facing his past and how far he’s come, which is definitely a major theme in repeat. I view the song as a throwback to the funny voice inside your head, older versions of you that have evolved as you’ve grown. Luke does a great job of encapsulating this feeling in a song.

I really like that this song is called repeat, because it’s from the point of view of seeing all the past versions of yourself and how you’ve emerged from all those past versions of you. In a way, you’re repeating the same cycle, emerging as newer and better every time. At the same time it’s bittersweet, looking back at who you used to be and how far you’ve come. I love the lyricism and the strings in the background, the one thing I didn’t like was the tune of the song. Ironically, It was a little bit repetitive. I view that as an artistic choice, however.

This song is about growing up, leaving the people who raised you behind. For Luke, it’s his mom. The chorus has beautiful, haunting, strong vocals. This song is definitely super emotional, and it hit home for me as someone who’s leaving for college soon.

“I’m so heavy
Jump into my ocean
Can’t you see me sinking?
Love the fear of falling”

I’m not a huge fan of the pre-chorus and the vocals in it, but the lyrics and meaning more than make up for it, as well as the powerful, heart-wrenching chorus. This song is definitely super relatable for anyone who wishes they had treated their parents better, or wishes they appreciated what they had when they had it. I really, really loved this song, definitely one of my favorites on the album. The instrumentals at the ending were amazing too, reminiscent of the build-up from Starting Line.

Slip Away starts off quietly, sadly. This song is about fear, being scared of everything you love slipping away from you. It’s a fear everyone has, and Luke puts it into words perfectly. Once again, he’s delivered a beautiful, vocally powerful chorus.

My favorite part of this song was definitely the chorus, once again I’m blown away by his vocal talent. My favorite thing so far about Luke’s music is the emotion he puts into every word – you can really tell he means all of it. However, once again the bridge was super repetitive. I really like creative bridges, so in terms of those, this album is a little bit of a letdown.

The beginning of Diamonds reminds me of Funeral by Phoebe Bridgers – long and haunting. However it changes pretty quickly, picking up a beat and an upbeat tempo. This song is definitely about the dark side of fame – how it can lead you to things you never thought it could. Overall, this was definitely my favorite song on the album. It was super emotional, but you can still enjoy it without feeling terribly sad.

“I’m on the way out, losing the dream
I feel it crash down, down on me
Caught in the madness, it’s holding on me
Is this the way it will always be?”

Surprisingly, my favorite part of this song were the verses. They were super raw, wrapping up all the themes of the song into deep, emotional lyrics. I have no criticisms of this song! It hit everything it needed to.

To be honest, I’m not totally sure what this song is about. It might be about a relationship, or even about life and leaving his childhood behind. Whatever it is, I still really liked it. There’s a shimmery quality to the production that keeps you entrapped as you listen to – like the title, A Beautiful Dream.

Bloodline is about struggling with addiction. This song is beautifully haunting, and it’s the only one on the album that brought a few tears to my eyes. The vocals on the verses are quiet, but fresh and raw. This song is short, but it’s powerful and emotional. It’s only two minutes, but I loved all of it.

Overall, though this song was short and quiet, I really liked the lyrics and the haunting melody of it. It’s super heavy and I’m not sure I’ll revisit it as a casual listen, but it’s definitely worth listening to at least once as a piece of art rather than a piece of digestible media.

The vocals on comedown start immediately, soft with an acoustic backing. This song is – I think – about the pandemic and how it’s impacted Luke’s mental health, as well as another reminiscing on his past and reconciling who he was with who he is now.

This is an amazing album closer. I don’t think this song would’ve made sense anywhere else on the album except the end. It definitely ties into the themes of childhood, adulthood, and everything in between that this album has touched on. I really liked this song, especially the ties to his own childhood Luke name-dropped in it. The ending soars with a large chorus of voices, ending in a hopeful look towards the future. The vocals at the ending are also very powerful.

Overall, this album was not a miss. In fact, I liked it a lot. It hit in the right places, and there were times where I almost cried. During bloodline, I came really close!

Definitely give this album a listen!