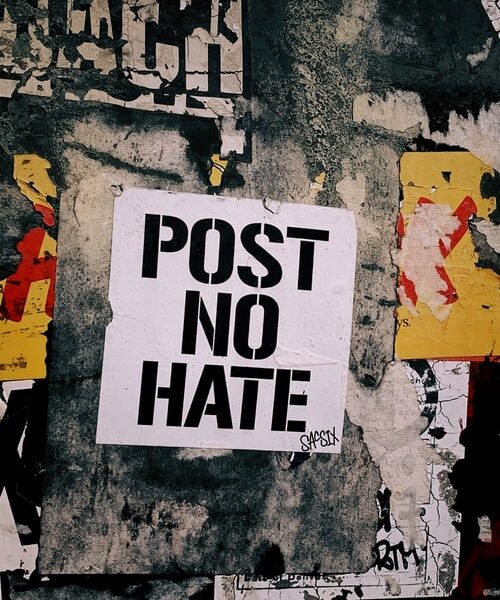 Most, if not all of you know of the social media platform Twitter. The general premise of twitter is for people to create their own small blogs and interact with their friends and strangers from around the globe. Of course, the idea seems interesting enough and at first glance, twitter seems harmless. However, it soon became evident that twitter is home to one of the biggest evils on the planet: hate speech. Without a doubt, hate speech has been fostered on almost all form of social media, however, it seems to have its own special place on Twitter.

Early in the summer of 2020, Wiley, a British musician, took to tweeting propaganda, quite literally reiterating the words of genocidal maniacs against the Jewish community. This type of thinking has undoubtedly led to the murder of millions upon millions and most people should be horrified that Wiley was thinking this way.

Wiley was known as a pioneer of British underground music and some even took to calling him The Godfather of Grime. An obviously influential figure, Wiley had mass following on all social media platforms. To properly examine the true effect of his tweets we must look at an average person like you and me. For instance when our favorite celebrity gets into some sort of trouble we are always shocked, we feel betrayed because we have spent our time and energy supporting that celebrity. So when Wiley decided to start verbally abusing the Jewish community many of his fans were in shock and confused. There is a tendency to forget that these stars are just humans. However, they are humans that have a huge influence over other humans’ views of the world.

With being human we have the ability to hate and love, to fall into propaganda traps or even feel the urge to protect those that can’t speak up for themselves. Intricately our mind and feels are woven into our very existence. Inherently built to be flawed and different.

The intense hatred radiating from his tweets reminded many of the Nazi thinking that propelled outright hate. The holocaust killed millions of Jews, Roma’s, LGBTQ+, and many more people from all walks of life. This way of thinking doesn’t just hurt the Jewish community – in the long run it hurts everyone.

Moving onto another celebrity that proved that hate is truly poisonous: Roseanne Barr. The actress was making one of the biggest comebacks of her life and was climbing the celebrity ladder until some tweets resurfaced exhibiting her islamophobia as well as extremely racist thinking. Once again many were shocked, confused, and outraged.

All for good reason.

“There is not any room in our society for racism or bigotry,” congressman and civil rights activist John Lewis tweeted in response to her hate speech.

How could she get away with spewing such hatred for so long?

How come she felt comfortable enough to attack?

Why does twitter make haters feel comfortable in sharing their megalomaniac thinking?

Hartley’s posts are misogynistic, homophobic and racist. However what was truly disappointing was the length of time it took for him to be put in his place. His tweets fostered hate and, although he tried excusing himself by saying it was his form of humor, humor indicates something funny and hate has never been funny.

Hate has been accepted for so long on twitter and soon enough people grew tired of seeing all the injustice. Many have called for tighter guidelines and restrictions on hate speech because in the end hate speech isn’t free speech but words with guns. Being a celebrity influencer is a huge responsibility because one can literally mold the minds of millions. So by reiterating and propagating hate speech these celebrities can unintentionally start a butterfly effect of hate speech which could turn into hate crimes and actions. These tweets affect everyone as a whole – the entirety of the human race is affected by hate because no one hate can disappear without addressing all hate. The higher you are up on the influencing ladder the wider your reach in the world is, and sometimes words can be the most powerful weapons.

“Hatred is like drinking poison and then waiting for it to kill your enemy.”