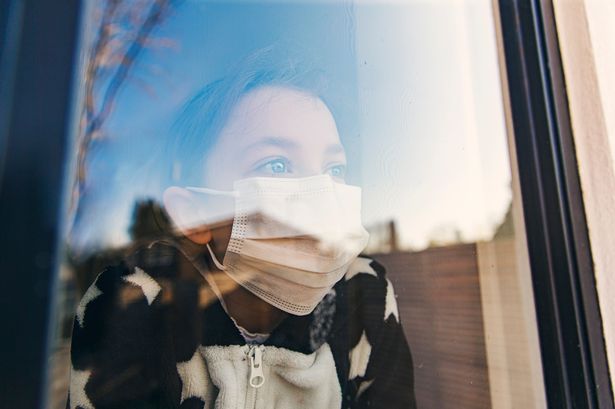 The cold face of the glass felt nice against my fevered head, as I stared out at the droplets falling rapidly from the grey darkness above. Although it was only midday, any foreigner would have sworn it was night time based on observing the sky; that is, if there were any foreigners left.

The sky always brought me intrigue. Vast like a sea, with shards of light mirroring memories of the past, never the same for two nights in a row with colours of reds oranges purples and pinks bringing a sense of warning on those hot humid evenings. It reminded me of those old films we’d watch in history, people shouting and screaming in the streets whilst the sky had been lit on fire, amongst the world around them. I had often thought about them. The people back then. My world wasn’t perfect, but it sure seemed like an oasis amongst their dry corrupted dystopia.

“Come on, a hot head isn’t going to stop you from going to school young lady” my mother’s voice echoed from downstairs.

“It might have once” I mumbled, fully aware that if she had heard me, I would be moving into dangerous territory. Grabbing my numerous binders and books, I scrambled down the steps, suddenly anxious of the time. A late day was the last thing I needed.

“Don’t forget your cover!” My mum seemed even more anxious than me today, and she wasn’t even going anywhere. I almost laughed, it had been years now, and she still reminded me. Like I could forget.

I remember the day they were introduced. You could tell something was going to happen, there was an itch amongst people, we all felt it. Though it was a taboo, and we continued to speak of our mundane topics: the weather, the children, how did you get your grass looking like that?!! But I knew, even that young, it was all on our minds. At schools, in history, we began to read more, more about the horrific state of the society back then. We read, but didn’t speak about the suffocations, the rebellions, the death. We didn’t need any more convincing after that.

They were absurd. That was my first impression. Uncomfortable, claustrophobic, but above anything else, absolutely absurd. I wore my jeans that day. I remember because I thought of how funny it was, all these people wearing their jeans, and skirts and everyday clothes, but instead of a hat placed firmly on our heads, we had the coverings. Thinking back, our jeans eventually became a symbol. A symbol of lust; the lust for normality.

The door shut firmly behind, as I placed my books down. This was my least favourite part about leaving the house. Once my eyes were closed tightly I pressed on the button, which led to around five sprinklers awakening as they showered me in a chilled liquid. I shivered as I felt it sinking into my warm skin, the alcohol leaving an unpleasant burning sensation.

The relief I felt once it was over could not possibly be described, however it was a familiar feeling, one that I welcomed, until I had to place on my covering. Grabbing the ball-like- helmet, I slipped it down so that it covered my entire face, aware of the fact I most likely looked like an astronaut. I was accustomed by now, too accustomed. I knew I had to tie my hair back so it wouldn’t get in the way. I knew I had to wear my contacts to avoid any difficulties throughout the day, but most importantly, I knew that this was my life. A life that was controlled by a helmet. A life, where, everything orbited around my covering, and therefore, not around friends, or family, or what may have been deemed important long long ago; but around health. And around a beating heart. That was the utmost meaning to life these days…to have one.

7 thoughts on “Living in a Bubble”