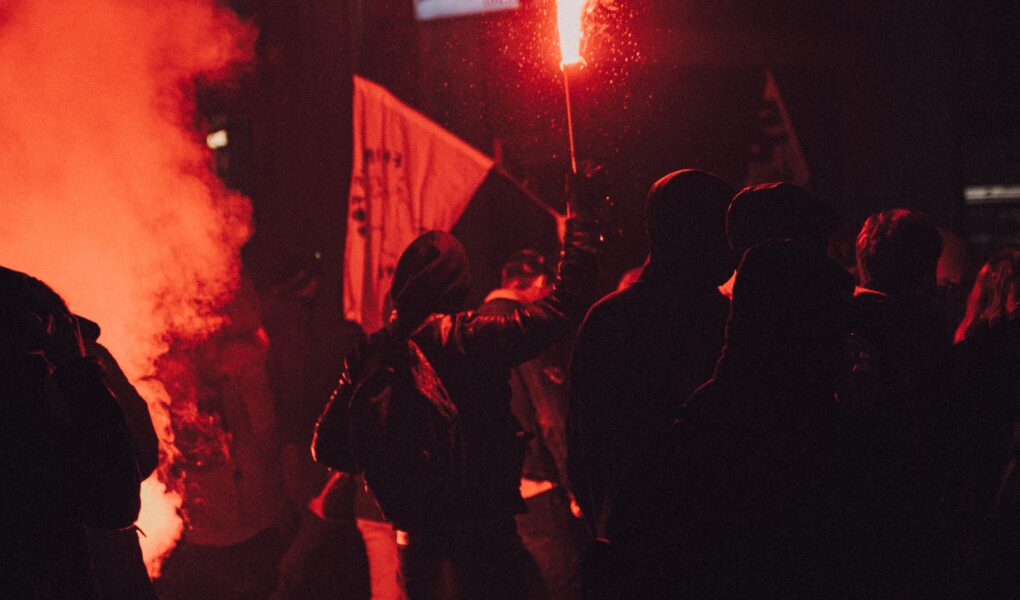 I believe I speak for nearly all Americans when I say that the current political climate is comprised of extreme partisanship and polarization; however, I still managed to be shocked by the lack of empathy currently present in our country. This time, the cause of my sudden disappointment with the so called activists came when I saw this post. Well, to be more specific, when I saw the reactions to the post.

You see, the post itself isn’t all that eye-grabbing to me. After all, it was only a few years ago when such a statement was considered the basis for which we debated each other. But, with the rise of social media, this old system of shared respect has been eroded, and we now face a crisis of polarization.

I have found that there are generally three responses to be observed when it comes to this post. It’s important to understand these sides and the ideological groups present before actually diving into the validity of the arguments. Like any political post, the first group is just going to be the people that don’t really engage with it. Despite the importance of the apolitical people in the grand scheme of polarization, I’ll be more or less ignoring them in this analysis.

Where it gets interesting is in the two other groups. Unlike most other political posts that circulate Instagram, this one isn’t partisan, and therefore, the sides aren’t just comprised of right versus left, which is what makes it such an interesting case study into polarization.

Beginning with the first of those two groups, the supporters, I have found that this group contains a coalition of sorts. The most notable groups in this coalition are the Centrists who seek a more moderate government, certain apolitical people that are tired of the tense situation, and members of the two parties who seek a return to the established order of civilized debate, which has grown heavily through groups like Republicans Against Trump.

Meanwhile, the other side is made up of another coalition, whether or not they realize it. You see, despite how much they despise each other, the democrats and republicans arguing against the post actually share similar viewpoints, indirectly agreeing with each other in a backwards war that ends up confusing people in the end.

Now that we have identified the two sides, we can get into the real bread and butter of the responses to the post, which serves to paint a much broader picture of the political climate we find ourselves in.

Starting with the critics of the post, there main argument is somewhat simple. Candidate X (this is Trump for the Democrats critiquing the post and Biden for the Republicans doing the same) stands for ideas that we see as fundamentally dangerous. By supporting them, no matter your personal reasons, you therefore stand for these ideas and stand against me because of it.

While this argument seems simple enough, it is once you start asking questions and digging into the argument that you find it’s glaring flaws. You see, this is a somewhat classic case of idealism versus pragmatism, where the side critiquing the post is presenting the world as if it were a black and white reality. In this reality void of realism and ignorant to the plights of the average American, a person can be defined by a simple Boolean label, supporter of candidate X or critic of candidate X. This label will instantly mark them as equal to the candidate in a way, almost as if supporting them makes you take on all of their qualities and beliefs.

However, as easy as it is to categorize people without a second thought, it is one of the main reasons why we find ourselves in such an unstable political climate, and we should all put in the work to come out with a more advanced conclusiont than “everyone who supports the other candidate is inherently evil.” If anything, this conclusion should be disregarded for the core reason that it is just ignorant of the reality of representative democracy.

Whether people like it or not, the United States is a two party representative democracy. I won’t get into the advantages and disadvantages of this system, but trying to wish for more parties is simply not going to work, with most reasonable people coming to the realization that with a winner-take-all system like the electoral college, you have to make massive concessions in order to have your demographic represented in government. Actually, that reason is why the two parties are perpetually fighting over demographics, from white males in rural areas to black females in urban areas. Each party has specific demographics they wish to please, and how well they do that determines how much success they have in elections.

Looking at it from a voter perspective, when party has to make so many concessions to so many groups, it is no wonder that there are no candidates that match up 100% with your ideology. This gives you two choices, don’t vote/vote for a 3rd party or vote for whichever of the two parties more closely aligns with your ideology. Most voting Americans pick the latter, for the logical reason that was mentioned earlier.

Now, for everyone in the group critiquing the post, do a thought experiment with me. Imagine owning a farm in a place like Arkansas. Throughout your entire life, the Republican party has pandered to you significantly more than the Democratic party, and they have promised direct economic measures that help you. It is a fact that your group is more represented in the Republican party because that is the voter group they have chosen to fight for. Does voting for them make you racist or evil because the Republican candidate who promotes those measures to represent you also happens to be racist? No, it doesn’t.

Not to mention the same argument can be made with Democrats, with Biden having taken part in his fair share of controversy. Why would a Trump voter be complicit in Trump’s racism when Biden has also made racist remarks (like the infamous, “if you don’t vote for me, you’re not black) and his voters aren’t considered to hold the same values? It shocks me to see people saying “settle for Biden” while promoting the narrative that Trump supporters are evil and racist, no matter why they support Trump.

I should make it clear that I am very much not a Trump supporter, but I hate the idea that politics in the context of a representative democracy justifies hatred of other human beings. As important as empathy is when deciding who you vote for, it’s also important when you interact with the other side. Be respectful. Step in their shoes. Remember that we are all human, and even if you hate what they support, they are not any less valuable or ethically correct as an individual. Even if they are racist, I’m not saying you need to be anyone’s friends, but don’t fall to aggression and short-sighted hatred when patience and intelligence will get you much farther.

Marcos Carmona is an junior at SEK El Castillo. Although he was born in Madrid, at a young age, he immigrated to the United States, Washington State to be precise, where he spent 10 years before moving back to Spain to finish high school. Throughout his life, he has taken a strong interest in many things, notably writing and political theory, which he currently practices remotely, writing screenplays for clients while also writing articles and opinion pieces in his own time to express interests in things like philosophy and aforementioned political theory.