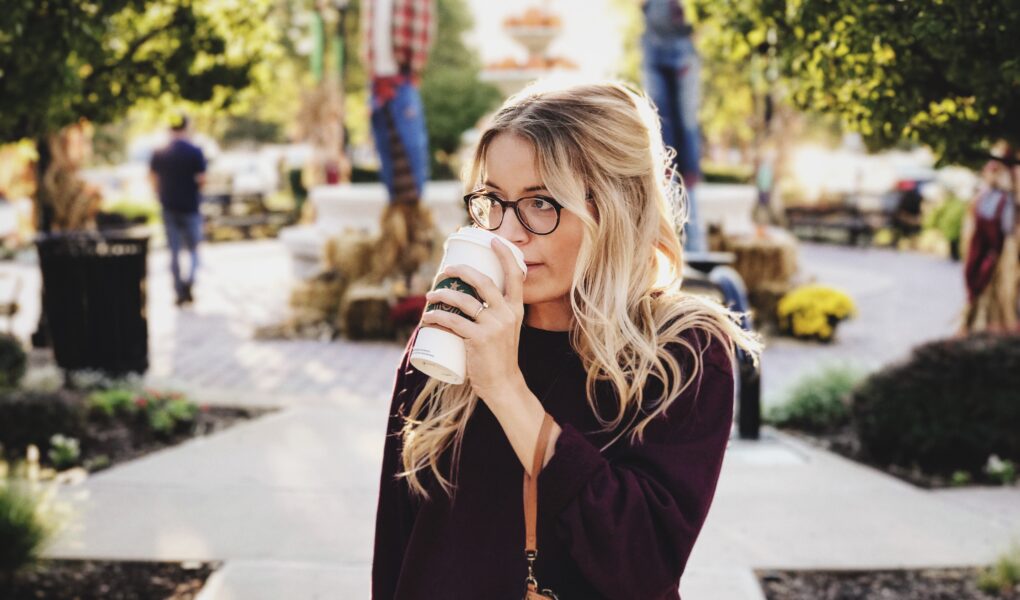 Fall has arrived – the season of “basic” girls with their pumpkin spice, UGG boots, yoga pants, and Instagram pics featuring pumpkins and cozy sweaters. But let’s stop and think about what we really mean when we say (or hear) the word “basic”. Now, I know the meaning and use of the term has changed since it was first coined in 2014. Even so, I still hear it used quite frequently, whether at school or on social media. Here’s why “basic” is still a problem and how we can address it.

What do we mean when we say “basic”?

So what does it mean when we call something – or someone – basic? Merriam Webster defines basic as “of, relating to, or forming the base or essence; fundamental”. But when we say “basic”, we’re describing a mainstream product, trend, or music or someone who likes these “basic” things. And the word has an undeniably negative connotation – basic means boring, tasteless, dumb. For example, “ugh, that outfit is so basic,” meaning it’s unoriginal or tacky. Or, “that group of girls is so basic,” meaning that they’re airheads with no real taste or valid opinions.

Simply put, “basic” is a term we use to dismiss or condemn clothing, food, or music that women or girls tend to like, or more often women and girls that like these things. By calling others basic, we perpetuate the misogynistic idea that women are inherently boring and stupid. So that’s why I stopped saying “basic” – and why you should, too.

“Basic” is only used to describe women (or things women like).

Basic is yet another gendered word in the English language that we use to put down women for being…well…women. Nobody makes fun of a guy for being excited about football season, but when a girl buys a cinnamon spice candle? She’s immediately labeled basic and therefore has no valid opinions or skills. In fact, the term “basic” was coined by a man – comedian Lil’ Duval. I was shocked to discover this piece of information. It means we took a derogatory term used by a man to belittle women and began using it against each other. When you think about it that way, the whole concept really is awful. So why are we still using the word?

Nobody wants to be called basic.

If you live in girl world (like me), you’ve probably noticed that this fear of being seen as “basic” causes us to do one of two things. One, we go out of our way to avoid anything that might get us called basic, even if we might like some of the “basic” things. I have to admit, there have been times I didn’t wear something or didn’t admit to liking something because I didn’t want to seem like one of those girls. Or two, we make fun of ourselves for being basic before anyone else can. That’s how we end up with millions of #basic captions on Instagram, or girls saying, “I know I’m basic but…” But if we want to live in a world where we’re not ashamed of liking popular things, we need to start doing something different.

In my opinion, the solution is really quite simple: we choose to stop using the word “basic,” because there is absolutely nothing wrong with liking things that everybody else does.

Just stop saying it – whether about yourself or anyone else.

I don’t know about you, but I want to live in a world where I don’t have to deal with the fear of being that girl. Us young women and girls already face so many challenges because of our gender, including unsolicited comments on our appearance or ridiculous double standards. We don’t also need to put each other down simply for liking the food, clothes, or music that everyone else does.

No woman or girl ever wants to be called basic, just like we never ask to be catcalled on the street. And the things that we like to make fun of for being “basic”? Often times, they’re popular for a reason – yoga pants are comfortable and vanilla lattes are delicious. Liking the things that everyone else likes shouldn’t make someone less of a person. We shouldn’t have to try so hard all the time to be “not like other girls,” instead, we should be proud of being women.

“Basic”, at its heart, is a stereotype about women, and it is harmful in the same ways that all other stereotypes are. By calling a woman “basic”, you assume they she is boring, tacky, and lacks intelligence or capability; you judge her before you actually know her. But a person is not their hair, their clothing, or their favorite season. There are thousands of smart, talented, extraordinary women out there who also love oversized sweatshirts and Starbucks coffee.

Being like other girls and being intelligent and capable aren’t mutually exclusive. So let’s all stop using a word that implies the exact opposite, because we shouldn’t be ashamed of simply being women.