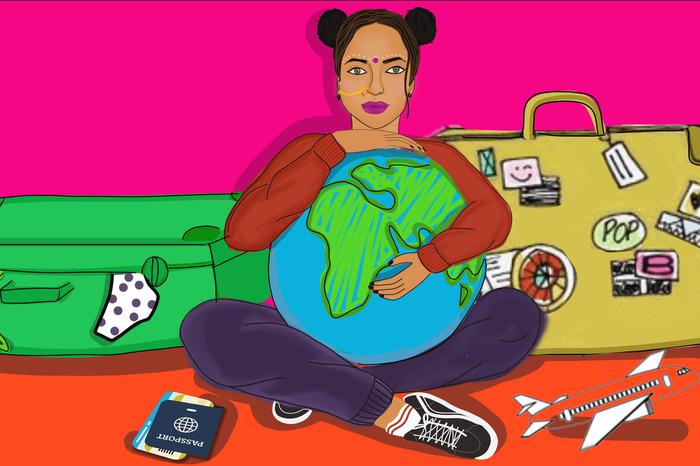 “Where are you from?” a simple question for most people to answer, but not for the new generation of children who are growing up in a culture submerged by diversity, change, and a lack of roots. ‘Third culture kids’ is a fairly recent term used to describe individuals who are raised in a country that is other than their parents’ nationality. Their cause of moving usually traces back to the parents’ jobs, with most TCKs being the children of diplomats, missionaries, members of the military, and those that work in the Oil and Gas sector.

The term was formed by two sociologists, Ruth Hill Useem and John Useem. The husband and wife established the new title whilst on their second year-long visit to India, depicting individuals into a new cultural group whilst recognizing that these Third Culture Kids had distinctly different standards of factors such as behaviour, work-related norms, lifestyle, perspectives, and communication.

There has been a lot of psychological and social research into TCKs, specifically into how the way they have been raised, has affected them and their sense of identity. Whilst many grow up around enriching experiences and find themselves easier to adapt to situations than others, it can’t be denied that there are challenges that come alongside the lifestyle they are subjected to. According to an article written by Anushka Bose on the Tedx website, TCKs usually grow up to display certain characteristics such as being:

These characteristics are enhanced in TCKs due to the varying environments they are forced to adapt to, thus making them usually more tolerant and versatile to situations; abling a profound understanding of a range of cultures, experiences and people. However, with that said, the constant change they are exposed to often leads them to crave stability whilst additionally making them feel lonely and misunderstood; not having a specific place to call “home.”

When taking into consideration my own personal experiences, growing up as a TCK myself is not always easy. My mother is from Belgium, my father from South Africa, and although I was born in Portugal, we have also lived in Oman, Dubai, Singapore, UK and soon Holland.

As I mentioned, answering where you’re from as a Third Culture Kid is a nightmare.

I often felt lost when it came to my identity, unable to depict my own culture and sense of nationality for things like international day and even projects about my home country at school. However, moving around has not always been a bad thing. I find myself seeing different parts of the world, varied personalities, and how they live according to their own specific cultural customs. And for me, that knowledge is invaluable and something that can’t be compared. I can’t deny the feeling of isolation that often arises in little details, such as the way I speak, or even the way I think, however, with that said, I have friends all over the world who have been able to teach me knowledge surrounding their language, their arts, and even how their society compares to others. This means that although I, like many other TCK’s, often feel as if I have no sense nor place of belonging, it can’t be denied that we as a generational subgroup are raised, and therefore are, to be different. This isn’t necessarily a negative thing, as seen from the cultural awareness and sense of diversity we grow up with a deep understanding of from even a young age.

It could even be argued that although we can’t pinpoint a community we belong to per se, what makes us unique is that our identity is enveloped by a variety of cultures, knowledge and empathy we develop and grow with. Where we lack in certain things such as stability and patriotism, we learn to accept people no matter their age, gender or race.

And even if all that isn’t worth it, well, at least we can say without a doubt, that we are professionals at packing and unpacking boxes. Like I said…Invaluable knowledge.