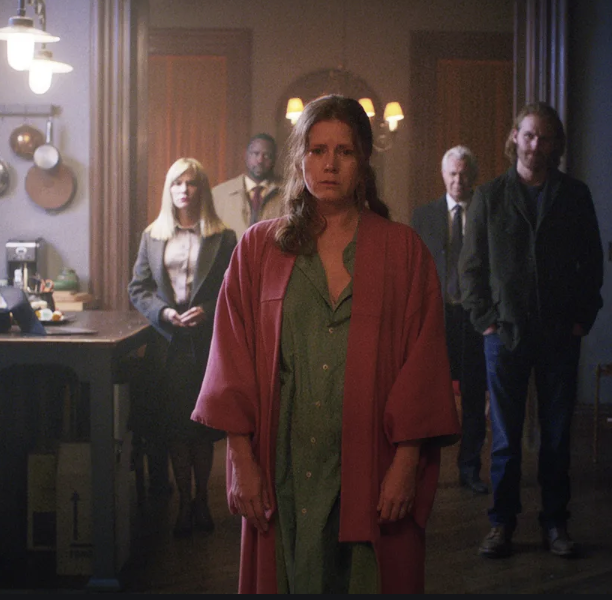 I first read the bestselling “The Woman in the Window” on a fifteen hour plane ride in 2019. While my airport deliriousness and plane tiredness definitely contributed to the haze, I remembered one thing: I really liked it. About a year again, in summer 2020, I read it again – this time with a clear mind. The second time around, I really appreciated the complexity and nuance of the writing, as well as the overlapping plot lines and plot twists.

Naturally, when I heard about the movie remake, I was thrilled. I had really enjoyed the book, and thought it was the perfect kind of plot to make into a thriller movie. However, last night, I finally got around to watching the movie – and I hated it. It did absolutely no justice to the book, several plot lines were removed and new, confusing ones were added. The movie was terribly confusing, and I’m sure had I not read the book I would have had absolutely no idea what happened. While the casting for each of the parts was great, that’s as far as I believe I can give praise.

The first issue I had with the movie was how poorly it was set up. All the main characters had little to no information explained about them – you were kind of just thrown into the plot. While in media res can be a great way to start off a plot, with this kind of complicated thriller where everything is about the characters and their relationships, that was a bad move.

In the book, there is a great deal of time allotted to introducing Anna’s family, which the movie did not do well at all. In the book, Anna would speak to them on the phone every night. In the movie, they are just voiceless entities floating around until the plot twist flashback scene towards the very end. It leaves you confused as to who she is talking to, and makes it easier to guess that she is just hallucinating them.

What Happened to Granny Lizzie?

The thing that infuriated me most about the movie was the total scrapping of the Granny Lizzie plot line. In the book, this plot built slowly over the book until the end, where Ethan reveals that he has been posing as Granny Lizzie the whole time. This both explains how he came to know so much about Anna, as well as showing how psychopathic he actually is. In the movie, his knowledge is poorly explained away and he is just suddenly revealed to be a psychopath.

The Granny Lizzie plot line was extremely important in the book, to really show how Anna had been totally oblivious to everything that was happening around her. The fact that it didn’t exist in the movie was extremely upsetting.

In the movie, Ethan kills Anna’s tenant David. This just does not happen in the book. The screenwriters just threw this in for extra drama, even though it adds absolutely no value to the plot. In fact, the entire fight scene at the end was overcomplicated and dramatic, when in the book, it happens relatively quickly and easily. Overall, they spent time on this scene that they could have used to develop and flesh out the characters further. Jane Russell, for example, got maybe three lines in the entire movie, when in the book, her character was much more nuanced.

Overall, I would not recommend watching this movie. Please try the book instead.