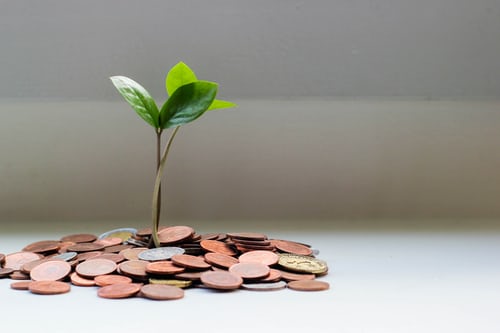 The question of how to solve rampant poverty in the United States has been tensely debated for decades. As of 2017, the federal American poverty rate was approximately 13.9% [1]. There are a myriad of government programs in place to help the American lower class, but to be frank, they’re currently insufficient, and need to be adjusted as American poverty levels rise. Programs like Medicaid and the School Lunch Programs have helped hundreds of thousands of poverty-stricken Americans, but as the richest country in the world, the United States government has a responsibility to address poverty. The reason that poverty in the United States is still so high despite trillions of dollars invested in programs to aid the poor is because the government has yet to acknowledge the underlying issue behind cyclical poverty: the wealth gap and the American oligarchy.

The American wealth gap has skyrocketed in the past 30 years. As of 1989, the top 1% of Americans owned just under 25% of all US household wealth, and they now own just over one third [2]. In 1989, the bottom 50% of Americans owned 3.7% of US household wealth, and they now own merely 1.9% [3]. Racial wealth divides are even more shocking and persistent. In 2016, the median white family’s wealth was five times more than that of the median Hispanic family and 6 times more than that of the median black family.3 Overall, the wealthy are in complete control of the country, in charge of a frankly obscene amount of the country’s overall wealth. Wealth is a self-reinforcing cycle; millionaires and billionaires make money off of their accumulated wealth, perpetuating the cycle.  There are a multitude of plans for addressing wealth disparity, but by far the most aggressive and most effective is a wealth tax.

Currently one of the most forward plans on the table for a wealth tax would be that of Vermont senator and former presidential candidate Bernie Sanders. His plan starts with a 1% tax on wealth for anyone with a net worth of over $32 million. The tax would gradually increase depending on wealth, eventually reaching 8% for those with a net worth of or over $10 billion [4]. In essence, the tax takes money away from the ultra-rich and slowly diminishes their fortunes while re-distributing that money into more useful government programs to more effectively assist lower-income communities. Senator Sanders’ campaign estimated that the tax would raise $4.35 trillion over the next ten years. Of plans proposed, this would likely be the most effective in eliminating wealth disparities and extreme wealth.

If the government is to restructure the way they deal with poverty in the United States with the new revenue from this wealth tax, an effective way to do so would be to put more money into Social Security and the Supplemental Nutrition Assistance Program.

How Should the Government Redistribute the Money Gained from the Tax?

As of 2018, 44.5 million retired workers were receiving an average of $1,471 a month in Social Security, and 3.1 million Americans were dependent on this money to survive [5]. Additionally, 8.5 million disabled workers were receiving an average of $1,236 a month, and another 1.6 million disabled Americans were dependent on this money. On average, Social Security payments made up for about 33% of income for the elderly in 2018. Although Americans are supposed to save for retirement throughout one’s entire working life, Forbes Magazine points out that “many Americans simply lack the means to build a 401(k) or an IRA”[6]. It is possible to live off of Social Security payments alone , but those who do “will face a downward mobility in retirement – a reality that an expected 40% of older workers now face.” In 2019, $1.102 trillion dollars were allocated to Social Security. It’s the largest program in the federal budget. However, if millions of retired Americans can barely live off of their checks, the program is still not sufficiently funded. If the funds used from the proposed wealth tax were added to the Social Security budget, increasing it to just $1.2 trillion for 2020, it would have a huge effect on program recipients and take the pressure off of millions of people who receive benefits from the program. With an increased budget, the Social Security Administration can also increase payments to participants. This would turn Social Security into a true living wage and continue with the re-distribution of wealth from the upper classes to the lower ones. A new budget for the program could be increased or decreased with need over the next decade.

Another program that needs to benefit from new funds is the Supplemental Nutrition Assistance Program, or SNAP. SNAP provides nutritional support to 40 million low income Americans [7]. Two-thirds of recipients are families with children, and 1/3 are in households with seniors or disabled citizens. Currently, SNAP is broadly available to low-income households. In 2019, a three-person household must have an annual income at or below $27,020 to qualify for the program, and once qualified they received an average of $505 a month for food products. SNAP’s 2019 budget was $68 billion. If the government used the funds gained from a wealth tax to raise SNAP’s 2020 budget to $75 billion, not only could each household receive more money for food, but the qualification could be alleviated to include a broader range of low-income levels.

The wealth disparity in the United States has led to a country ruled by the wealthy. Through a wealth tax, the government could help alleviate the extreme wealth in the country. By investing in programs like Social Security or SNAP, that revenue from the wealth tax gets implemented into helping support the country’s most vulnerable. The government has a responsibility to help US citizens, and the most efficient way to do so is to attack the American oligarchy through a wealth tax and re-distributing that wealth to those who need it most.

[1] “What is the Current Poverty Rate in the United States?” Center for Poverty Research, University of California, Davis, accessed December 11, 2019. https://poverty.ucdavis.edu/faq/what-current-poverty-rate-united-states#:~:targetText=Current%20estimates%20on%20poverty%20in,poverty%20rate%20was%2013.9%20percent.

2 thoughts on “Poverty in America: the Wealth Gap and the American Oligarchy”