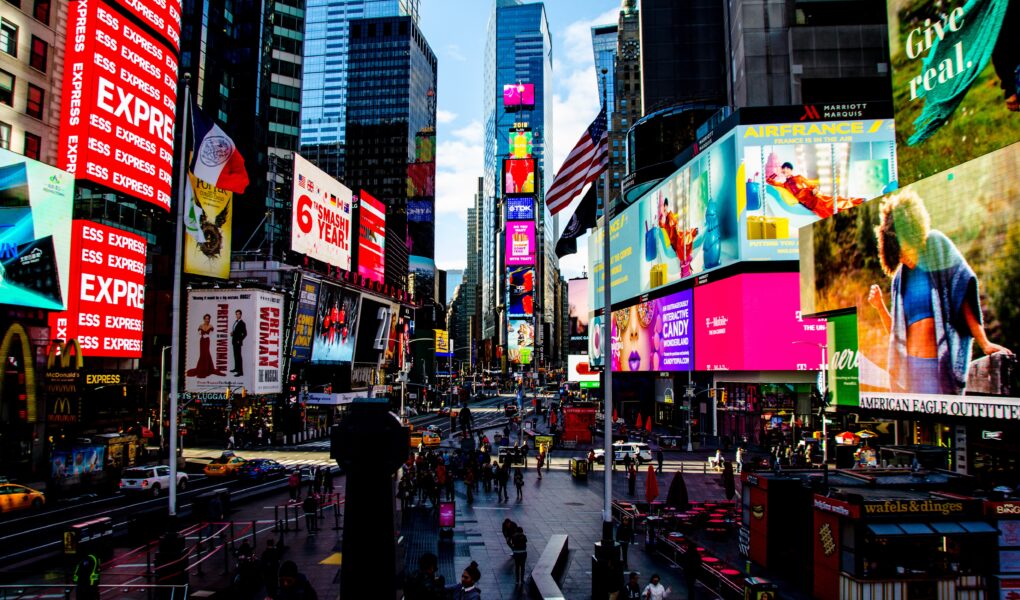 A 2007 Venus Razors commercial features a collection of traditionally attractive women dancing around on a beach. The women are wearing pastel-colored swimsuits with cover-ups tied around their waists, fluttering in the ocean breeze. They dance without a care in the world, the music fun and lively, encompassing the spirit of a beach day with friends. Even though the ad is for razors, more time is given to portraying the women on the beach than the ins and outs of the product itself. Furthermore, the women are completely hairless even when the actual act of shaving with the razor is detailed. No scars, missed hairs, or anything even slightly suggestive of imperfection. The women on the beach are what is traditionally regarded as the beauty standard – tall, slim, completely hairless – and the ad producers use this to their advantage. They cause viewers to fantasize about being these women and tricking consumers into buying their product in order to achieve something they will probably never get. This is the core of the problem with modern advertisements: instead of showing viewers what makes their product useful, they show viewers montages of a life they can’t attain through spending, leading to an unsatisfied viewer base and a needless consumption of products that ultimately will not make them happier.

In John Berger’s Ways Of Seeing, Berger dedicates a chapter to publicity and how increasing levels of publicity and saturation of advertisements is changing us. He claims that advertisements and other such forms of publicity “[persuade] us of such a transformation by showing us people who apparently have been transformed and are, as a result, enviable”. Increased levels of marketing and public advertisement today lead people to think they are less than their peers, or that compared to everyone else, they have less worth. Advertisements make us think that our worth rests on the amount of material possession we have, and the more that we have the more others will envy us. According to Berger, being envied is a sort of social currency, a “solitary form of reassurance” which “[sustains]” people that have it. This leads people to fall prey to the schemes of advertisers, who don’t care about the individual but rather making the most money off the individual that they can. Why do advertisers feel that they need to pit us against each other instead of simply selling us a product based off its own merit? In America, where ads or marketing tactics infiltrate almost every aspect of our lives, citizens are likely to feel like their lives are incomplete or lacking something, due to the concept of “relative status”. Ads “[prompt] us to measure ourselves against others,” leading to consistent feelings of inadequacy and an inability to be content in our lives (Torres). In the Harvard Business Review article Advertising Makes Us Unhappy, Nicole Torres interviews Warwick University Professor Oswald, whose research backs up Berger – the more we have the more we feel socially elevated or better than others, and advertisers use these feelings of wanting to be seen as better or more accomplished and trick us into consuming more of their product.

“Buying that watch or car can help make us feel slightly happier,” says Professor Oswald. “But deep down it has a… status effect. And when everybody buys the same thing, the effect is nullified,” leading us to buy more and more in a desperate last-ditch effort to seem more sophisticated or worldly than those around us. The more everyone caves into the will of advertisers, the more they are reset to square one – ultimately repeating the cycle of consumerism advertisers aim to create. As Berger says, “the power to spend money is the power to live… those who lack the power to spend money become literally faceless. Those who have the power become lovable”. The more money we have the more sophisticated and enviable we seem. As advertisers incentivize the public into buying their products, those with more money can spend more, leaving those with less money feeling as though the products they use or the clothes they wear are socially unacceptable and behind the times. Take high profile brand names like Gucci or Louis Vuitton – the act of owning these items is its own “social currency” – it serves as a reminder to us that the person who owns this item is better, richer, happier than us. As the social currency of brands increases, the monetary value of an item from this brand increases with it, creating a cycle of envy and consumerism that only the uber-wealthy can buy their way into, leaving those who cannot afford these products “faceless” and without social value. But at the same time, the wealthy folks feeding into this mindset might actually be driven to a different madness than those who cannot afford the product in the first place. The constant need to be purchasing brand name products in order to seem superior or more sophisticated than those around them can cause the aforementioned sequence of despair, leading to reckless spending and an inability to be content with what one has.

But envy isn’t the only negative feeling advertisements can stir up. Advertisers target vulnerable groups, causing mental health issues to develop or spiral. These kinds of ads can adversely impact someone’s health, especially when “ads remind a person of something that they can’t have… You can’t go to the store to purchase a baby, or a functioning uterus. In her article When Targeted Ads Seem A Little Too Targeted, Rae Nudson claims that targeted advertising can affect people in numerous ways, especially when they look up something sensitive to their mental health – and suddenly start getting bombarded with advertisements on that topic. You can’t buy relief from grief on Amazon”. Advertisers do not care about the wellbeing of the people they target, only about how much money they can make from a vulnerable audience. They cause stress and anxiety, feelings that are difficult to cope with and resolve. Advertisements do not only steal the money of internet users, but they steal their peace, contentment, and ability to keep a calm mind. But it is not just advertisements that are guilty of this – all media has the power to make us doubt or feel badly about ourselves. In fact, “consumers who are very concerned with their physical appearance tend to watch more TV because television programs depict the bodies that one desires”, causing a cycle of self-loathing that is only made worse by the continuous watching of television”. Just like the Venus Razors commercial, advertisements and other persuasive media can cause us to feel inadequate about the way we look or act, which can lead to spiraling mental health issues and negative self-perception. The way idealistic body and beauty standards are portrayed in media is harmful to the viewer, causing mental health and eating disorders, and causing viewers to see the world through a lens of comparison and “relative status,” not in terms of wealth but constant physical self-evaluation and comparison to others .

Media and advertisements constantly drill into our heads that only one style of dress, makeup, hair, and body is acceptable, making us feel as though having our own unique identity is pushing back against an army of status-quo followers. Advertisements make it so that all our “hopes are gathered together, made homogenous, simplified, so that they become this intense yet vague, magical yet repeatable promise offered in every purchase”. Identity is mass-manufactured by the wants and wills of media producers, who continue to only use conventionally attractive model-types in their advertisements in order to make their product more appealing and therefore, make more money. But at a certain point, advertisements like the Venus Razor commercial become less about highlighting the strong points of the product and more about women feeling so insecure in comparison to beach-models that they buy the product in order to feel like they can become one of those women someday. Unfortunately, they most likely never will. We have been so caught up in trying to make ourselves the ideal, the pinnacle of society, that we fail to recognize that everyone else has that same dream in mind, effectively turning us all into robots who blindly follow the will of corporate ad creators and moneymakers. The parts of our looks and personalities that makes us different than others are watered down by the desire to become better than our peers, effectively “[homogenizing]” us into a bland, generic, standardized group of people. We must work to recognize this slow descent into uniformity before we are all clones of each other, acting the same and purchasing the same items in order to seem like we are on par with models and movie stars, to seem like we know and own more than everyone else, to seem like we have achieved the lofty goals that are just dreams to everyone else. Ultimately, many advertisements and media marketing campaigns serve as moneymaking schemes rather than a genuine wish to promote the benefits of a certain product and can often send us into unwanted mental health spirals and cause us to pit ourselves against our peers in an unwinnable battle of status. For example, the Venus Razor commercial focused more on showing the quote unquote perfect women and their bodies rather than highlighting the usefulness of the product itself, which could lead to women not only buying the product but also wishing they looked more like those models, or even causing eating disorders and other health problems. And if someone already has a problem such as an eating disorder, targeted ads can cause them to “go down the path to get sicker or stay sick… possibly tempting unhealthy ways of thinking”. If ads can unknowingly promote sicknesses and mental health spirals, shouldn’t the way information is targeted and dispersed be monitored in a more efficient way? Products are created and sold in order to better the lives of consumers’ – and they should be marketed in a way that follows through with those ideas. Advertisements should not be moneymaking schemes that prey upon the health and livelihood of those watching and should never cause “unhealthy” thought processes and actions. 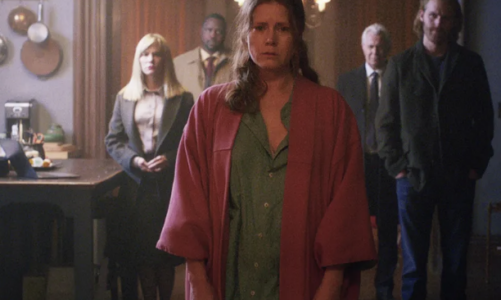 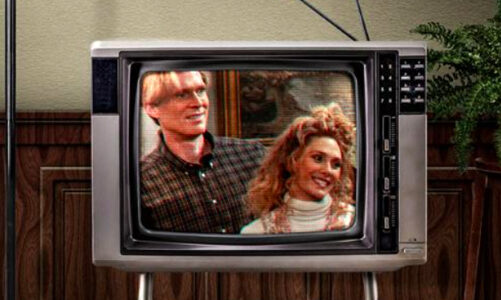 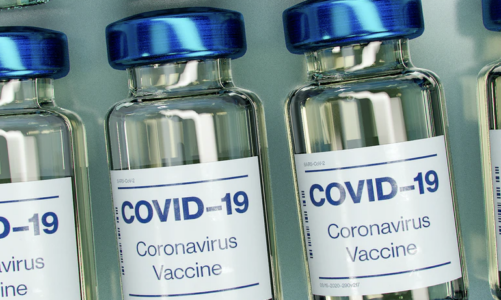