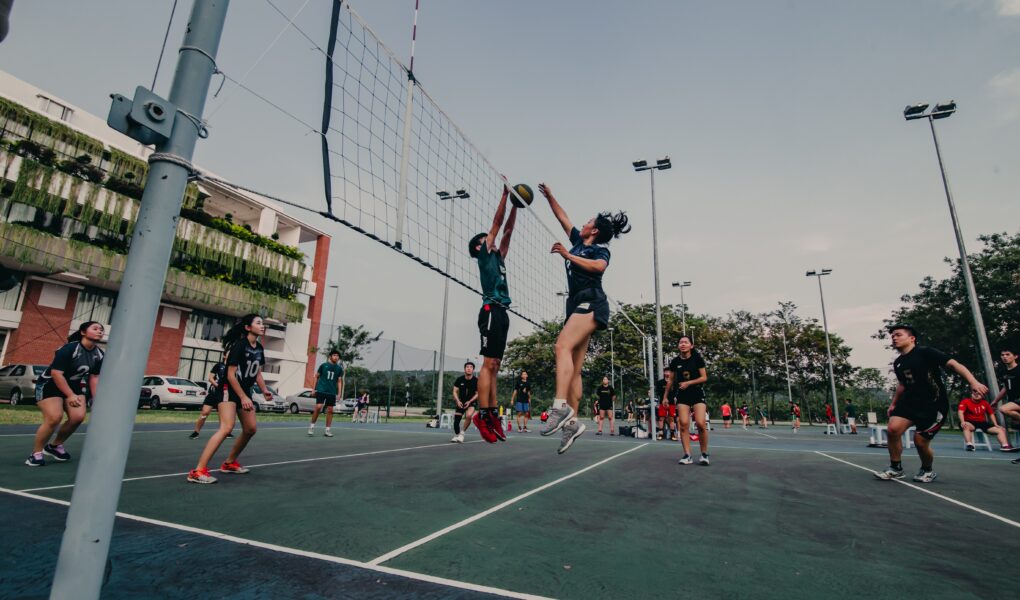 When the pandemic hit I was devastated. Everyone was. Beyond the loss of lives, every single person lost something else. Normalcy. We haven’t gotten it back and probably won’t ever. The pandemic has changed everything no matter how you look at it, even things as simple as who occupies space in our text messages or email inbox has changed. Yet after all this change and all this time, I still crave things to be how they were before. When the pandemic hit I was a week away from my beach volleyball competitions picking up again. During the first few weeks of the initial lock down when we left school and were told to avoid leaving our houses without masks I lost my volleyball. I was in shock and I stopped practicing every day. I did youtube workouts, went on runs and long tedious walks with my family.

Part of the reason I stopped playing volleyball during this time was because it was too painful. It was too hard to practice on my own in my room. Too hard to take initiative and too hard to face that no matter what my school claimed, things weren’t going to be magically better by April 20th or any of the millions of dates they said we would arrive back on campus for. Finally, May rolled around and besides the 20 minutes of practice I did for my “online” beach volleyball on Google Classroom, I hadn’t touched a ball since that last practice two weeks into March.

It was too far into the pandemic for me to not be practicing on my own. I picked up my ball and counted how many passes I could do in a row. It was exactly 21. I know this number because once I could no longer do any more passes in a row, I wrote it down on the notes app. I would practice for thirty minutes that day and record it all, here’s what the note said:

Every day I practiced in my room listening to music for thirty minutes. By the end of May this is what my notes app was recording:

10 sets against the wall

10 back sets against the wall

23 small bumps against the wall

23 bumps switching arms against the wall

15 mins of practicing against the wall

Eventually, in the first week of June, I was able to go back to volleyball in person. The summer of 2020 I played more than I ever had before in my life. Usually during the school year my time is limited, but once everything was cancelled, except this one outdoor sport that we were permitted to play from six feet with masks I was able to prioritize that sport. Every day I ran a half mile to the park in the morning and played for an hour against a wall working on my skills. Later in the day I would go to a social distanced volleyball practice from 4-what was supposed to end at 6 but usually ended at 6:30 beach practice.

This was not the summer I had imagined. I had planned to be in Vermont with twelve other girls I had known for three years sharing a tiny cabin. I had planned to go to New York and see my best friend. I had planned to hug other people and go to the In The Heights movie, which has yet to come out. The summer I had was nothing like the summer I imagined. Yet, in its own surreal and crazy way, I found a part of myself. I loved my sport like I had never loved anything before and I clung to what I had let go back in May. I practiced more than ever and saw myself improve in every aspect of the sport. I achieved my jump float, both normal and standing, I got a side spin top serve and normal top spin all in one summer. By the end of the summer, at times my shoulders would crave to hit a ball, like one craves chocolate.

I fell back in love with my sport and I realized how much I wanted to do this throughout high school and college. I’ve come to a point where I cannot imagine living without playing this sport. It’s woven into me now. It is who I am and it is what I do. In a world with the constant loss of life and uncertainties of the simplest things, like if I’ll ever go back to school I found one extremely consistent thing. When the pandemic hit I was devastated. Everyone was. But eventually I found my own way to thrive rather than survive. It’s not too late for you to find yours.

Eve Kaplan is a writer based in Los Angeles, California and is one of the managing editors for GirlTalk Magazine. In her free time she loves to play beach volleyball, read and run a non profit.