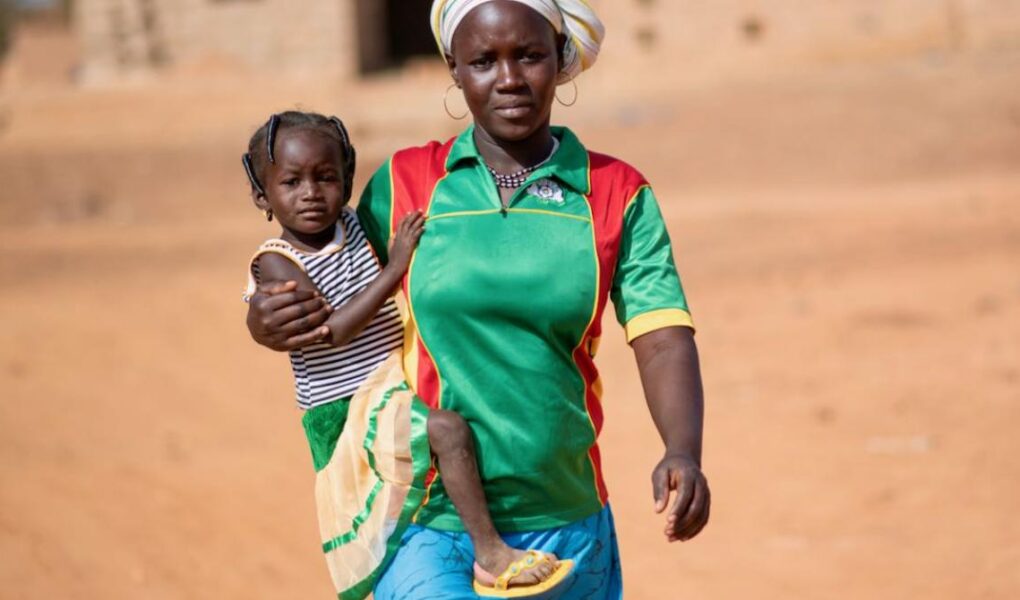 The landlocked African country, named Burkina Faso, has been suffering as a result of the worldwide pandemic that has managed to usurp countless economies and governments. While many different groups of people are facing strain in the country, none have faced toil as much as the females.

Since 2017, an Islamic regime[1] in Burkina Faso has been undoing the education progress made over the years in an unthinkable way. The group has been killing, kidnapping, torturing, and taunting teachers, educational professionals, and students[2].

Before the government closed schools due to the pandemic, many schools were already closed due to threats of attack and danger from the group due to the deaths of multiple students such as a teen girl who was killed by a stray bullet and several students who were killed when an explosive detonated in their bus in January 2020.

Such mishaps only add to the tension revolving around female education in Burkina Faso. According to the Amnesty Organization, 36% of girls are not given the chance to pursue an education. Of the remaining girls that do attend school, however, many drop out due to forced marriage or labor.

Many women in Burkina Faso live in extremely compact and closed tents, with almost no access to water. These circumstances[3] only add fuel to the fire of the pandemic. To get water, women have to travel to a water point using a single jerrycan. Not only does the crowd of travellers increase the risk of getting the virus, but many cannot get the water in time to make it back home for the daily curfew.

Due to the virus, many families have been displaced from their homes. They are forced to retire into small tents packed with many others, which ultimately defeats the purpose of leaving home in the first place. Armed forces have also been displaced in Burkina Faso, but are the opposite of helpless.

The armed groups are spreading terror and fear among even young girls. A local individual revealed that 5 girls were raped in a rural area away from town. She conveyed that “[they] often hear screaming in the tents at night”. In general, only 17% of women in Burkina Faso express free control over their lifestyles and bodies. The rest are forced into marriage and/or pregnancy.

To make amends to the crisis in Burkina Faso, the UN has tried to raise money, especially to meet sufficient standards for health, safety, and hygiene. Unfortunately, barely one-fifth of the project has been funded. This leaves organizations like The Network of Women of Faith for Peace(REFFOP) to come up with other solutions. Projects have been implemented to bring women participation in the government and legislative power.

Peacebuilder and a leader of REFFOP, Naomie O. Bibcaba emphasizes that “We must put women at the heart of peacebuilding. They can bring a lot as mothers, daughters, sisters.” Women in Burkina Faso have already dutifully stepped up the role of leadership, and are making an impact on their lives and those of the women around them.

Forced into an early marriage at the young age of 19, Adama Sawadogo has since turned her life around and given hope to countless others. She is now an employee at AFDEB, Association Feminine pour le Development du Burkina, an organization that advocates tirelessly for the rights of girls in remote farming areas in Burkina Faso. In 2018, she adopted a girl being forced into marriage herself and guided the child towards a helpful path in life.

Representatives of organizations took the floor to respond to questions posed by the Committee on Burkina Faso and said that more efforts must be put in place to bring the early pregnancy rate down, including by reducing poverty. The problem is that with more than 300 communities and over 8,000 villages, Burkina Faso does not have a mechanism to effectively address the issue – such as providing sexual and reproductive health education. It is imperative to examine cultural norms and understand whether there is an interdependent relationship with high early pregnancy rates. Violence against women and girls are being dealt with by the new law, which however does not include marital rape. The age of marriage has been addressed and the new provisions have been provided for both boys and girls. The age for marriage is now 18; however, this amendment has not been formally adopted.

Many other women like Sawadogo have climbed up the rungs of hardship and are now making a name for themselves and many others. These brave women now act as inspirations and role models for people not only in Burkina Faso but all around the world. The triumph of evil is when men and women decide to do nothing. We must do something, no matter how small it is – we must do it because little drops of water make the mighty ocean.

Riddhi Bhattacharya is an amiable and aspiring student, freelance blogger, writer and editor at The Teen Pop Magazine. Her passion resides in etching down the feeling of her mind and the notions of her mind and conveying them to the world with her speeches, articles, blogs and debates.

One thought on “The Plight of Women in Burkina Faso”