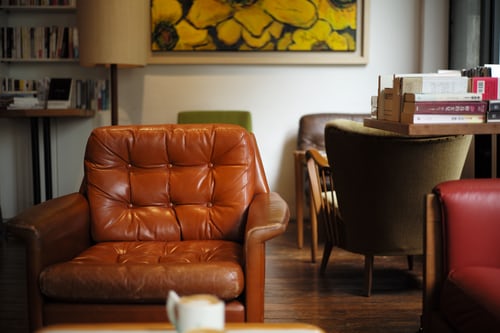 Mr. Redondo leaned back in his leather armchair, lifted his cigarette to his lips, and blew a thin stream of smoke in the direction of the man who sat opposite to him. The man did not cough, nor did he respond. He couldn’t respond, because he was dead. A smile tugged at Mr. Redondo’s lips. He set his cigarette down on his ashtray, snuffing the end out, and picked up the shiny black revolver that lay on his desk. He transferred it from hand to hand, felt the cool weightiness of the gun. It had been warm half an hour ago, when he had squared it at the other man’s head and pulled the trigger, watched the bullet enter his brain and his head slump, his blood waterfalling down his neck, his clothes, pooling at his feet.

Mr. Redondo was not a killer by nature. He had no intention of killing the man that sat across from him, but on the spur of the moment he had – and surprisingly – he had enjoyed the thrill that came from it. Mr. Redondo laughed, throwing his head back. Oh, how fun it had been. Terrifying, maybe, but fun.

The other leather armchair had been ruined. It was a tragedy, one of Mr. Redondo’s favorite chairs. Seeing the sticky blood stain the chair, seeping into the brown, discoloring it red, compared to losing a loved one to Mr. Redondo. But the thrill he felt outweighed the pain from destroying the chair.

Mr. Redondo stood up, hefting his shiny black revolver. He smiled at the body as he opened the door.

It didn’t respond, because it was dead.

Mr. Redondo shut the door and walked out into the street. He smiled. Maybe, just maybe, he would go seek more thrills that day.