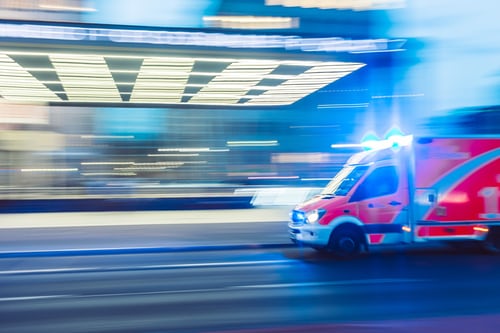 She paced about the lengths of the emergency room, trailing off at the water fountain, turning around and making the loop in a counterclockwise direction. If it was possible, her hair had grayed over the last two hours itself, turning from a frazzled brown to smooth and silver. Had she aged? Had she gained thirty years in the past hours? She couldn’t know.

All she did know was that Thomas was dead. It was a vile word, it really was, the hard sounds at the beginning and end of the word spitting out of the doctor’s mouth and onto her face, the droplets of water sinking into her skin saying dead, dead, dead.

She could have stopped it. She was the one who ran the red light, and she was sitting in the driver’s seat, but Thomas was in the back left, and the minivan had come fast, crushing, splintering her little car, folding the metal in half, Thomas along with it. She didn’t even get a scratch.

She turned at the water fountain once more, circling around the emergency room. Ma’am, ma’am, you need to leave. But my son is dead, my little boy is dead, dead, dead. Ma’am I understand, I’m very sorry for your loss, but you’re going to have to leave.